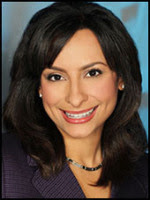 Prior to joining WGN-TV, Lourdes worked for three years as a reporter and fill-in anchor for WJBK-TV, the Fox affiliate in Detroit, Michigan. She also worked for two years as a reporter for WXIN-TV in Indianapolis. While there, she launched and hosted the station’s public affairs program, “Hoy en Dia,” and anchored daily news cut-ins for radio station WEDJ-FM. Lourdes was a reporter in Peoria at WHOI-TV and at Metro Networks in Miami, Florida for radio stations WLRN-FM and WTMI-FM. She got her start here in Chicago, working as a freelance reporter for Telemundo.

Lourdes has won several awards including an Emmy award for her work on “Hoy en Dia” and Society of Professional Journalists awards for Minority Issues Reporting. Most recently, she won an Emmy award for her story titled “Unlicensed and Serving.” She also received an Emmy nomination for a story on deportation. Lourdes and a WGN photographer where aboard the plane that transported undocumented immigrants to their home country.

Currently, Lourdes hosts “Adelante Chicago” on WGN and sits on the board of Arden Shore Child and Family Services. In the winter of 2010, Lourdes began contributing video pieces to Hoy, Chicago’s largest Hispanic newspaper. Last year, she was picked as one of DePaul University’s 14 Under 40.

Lourdes received a Bachelor of Arts degree in Communication from DePaul University.

Ms. Aranda-Suh is a transformational leader with an entrepreneurial spirit and pragmatic approach to community development and works tirelessly in forging opportunities that develop, strengthen and afford meaningful systemic change for the Latino community. She is an accomplished Workforce Development professional with more than 17 years in leadership roles. Since 1999, she has led NLEI in creating and delivering award winning and nationally recognized career education programs for the Latino community.

She has served on boards of directors and executive committees for several community-based organizations including: The Latino Council on the Media (LCOM), Illinois League of United Latin American Citizens (LULAC), National LULAC Educational Center, Maria High School, and People’s Music School and was a founding board member of the Pilsen/Little Village Information Center and served on the Michael Reese Hospital Advisory Council. She has been recognized by corporations such as Citibank, Pepsi-Cola, Lucent Technologies and the National Diversity Council for her community leadership.

Luis founded Latinos Progresando in 1998 to serve Chicago’s Pilsen and Little Village communities, where he was born and raised and continues to live today. Beginning in a small office on 18th Street, with just $200 in the bank, Luis has built 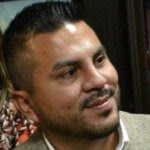 a nearly 17-year-old organization that has served more than 25,000 families.

Luis was also responsible for founding the Marshall Square Resource Network (MSRN), a coalition of 20 organizations on Chicago’s southwest side that meets monthly for capacity building and developing collective impact strategies.

In addition to serving on Mayor Rahm Emanuel’s Advisory Committee to the Office of New Americans, Luis also participated in the Donors Forum’s “Communities of Practice,” a year-long program bringing together leaders from both the nonprofit and funding communities to discuss true costs of running nonprofit organizations. 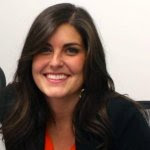 Tricia Martinez is the Founder and CEO of Basic Transfer, Fintech social venture focusing on underbanked women in developing countries. Through their peer-to-peer platform, you select different communities to support and send money directly to the women who need it most. Once you invest in a community, you will receive updates on the groups progress and learn more about their lives through feature stories, videos, and impact reports.

Prior to Basic Transfer, Tricia founded two impact companies and worked with technology- driven startups based in Chicago. Tricia completed her Master of Public Policy at the University of Chicago’s Harris School. With a background in development economics and poverty. Tricia is a strong believer that technology can scale social innovation and achieve immense impact. 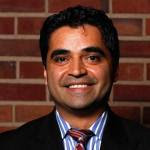 Victor Herrera joined the National Society of Hispanic MBAs (NSHMBA) Chicago Chapter in 2009, where he has served as Education Officer, Executive Vice President, and currently as President. With more than 17 plus years broad-based general management experience gained working with Chicago Public Schools, he understands how each part of an operation functions on a deep level. Victor also knows that it is imperative for organizations to continuously review their strategic plans to further their goals. Another lesson learned is that, above mentoring and leading, being capable of motivating staff must be every organization’s primary goal.

Throughout his leadership with NSHMBA Chicago, Victor has contributed not only to increasing membership by more than 100%, but also providing their constituents with the highest quality events, programs, and activities they expect from the premier organization for Hispanic professionals. Victor takes pride in professional development and dedicates substantial resources to developing new and better ways to enhance member, sponsor, and partner experience.

Victor is extremely generous in sharing his talents, time, and success with his community and numerous organizations. He genuinely cares about giving back to the community and his country through his activism. His passions away from work include serving on the Board of the Illinois Technology Foundation, Lead for Organizing for Action Chicago North Chapter, and Advisory Board Co-Chair for Organizing for Action.

Most recently, Victor was awarded an Honorary Ph.D. Degree from Robert Morris University and recognized as one of 25 young rising Latinos of Chicago by Latino Leaders Magazine. These are Latinos who are in the forefront of the next generation of Powerful Leaders. His recognition is featured in the “Club Leaders of the Future” section of the magazine.

Victor received a Masters degree from Morris Graduate School of Management in Chicago.

HispanicPro is The Hispanic Professional Network and was established in 2001. Now in its thirteenth year, HispanicPro is the largest network of Hispanic professionals in the state of Illinois and is dedicated to connecting Latino professionals via social media and face-to-face business networking.

Time is running out to secure your registration to the Professionals in Non-Profit Networking Forum. Don’t miss out. Register today!
https://www.eventbrite.com/e/professionals-in-non-profit-networking-forum-tickets-13269847471 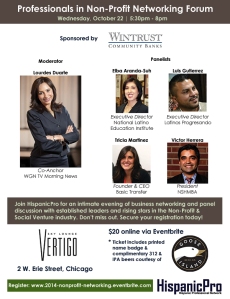 This entry was posted in ÁmateAhora |LoveUNow Leadership and tagged ", 000 families., and Advisory Board Co-Chair for Organizing for Action., and currently as President, and People's Music School and was a founding board member of the Pilsen/Little Village Information Center and served on the Michael Reese Hospital Advisory Council, Basic Transfer, board of Arden Shore Child and Family Services, Board of the Illinois Technology Foundation, Chicago’s largest Hispanic newspaper, Co-Anchor, contributing video pieces to Hoy, Donors Forum's "Communities of Practice, echnology can scale social innovation and achieve immense impact., Education Officer, Elba Aranda-Suh, Executive Director, Executive Vice President, Fintech social venture, focusing on underbanked women in developing countries., Founder & CEO, Founder & Executive Director, Illinois League of United Latin American Citizens (LULAC), it is imperative for organizations to continuously review their strategic plans to further their goals., Journalists awards for Minority Issues Reporting, Latinos Progresando, Latinos Progresando in 1998 to serve Chicago's Pilsen and Little Village communities, Lead for Organizing for Action Chicago North Chapter, LOURDES DUARTE, Luis Gutierrez, Luis has built unnamed-2a nearly 17-year-old organization that has served more than 25, Maria High School, Master of Public Policy at the University of Chicago's Harris School, Mayor Rahm Emanuel's Advisory Committee to the Office of New Americans, mmy award for her story titled “Unlicensed and Serving.”, Morris Graduate School of Management in Chicago., National Latino Education Institute (NLEI), National LULAC Educational Center, National Society of Hispanic MBAs (NSHMBA) Chicago Chapter, NLEI's mission is to enhance the quality of life for Latinos through educational, picked as one of DePaul University’s 14 Under 40, The Latino Council on the Media (LCOM), thus enabling the achievement of economic independence, Tricia Martinez, Vertigo Sky Lounge, Victor was awarded an Honorary Ph.D. Degree from Robert Morris University and recognized as one of 25 young rising Latinos of Chicago by Latino Leaders Magazine. These are Latinos who are in the foref, vocational and employment services and through advocacy, WGN Morning News from 4-6am., WGN TV Morning News Chicago, with just $200 in the bank.